For the first half of the day the trail meandered along past a series of ponds, mostly stagnant.   The air was hazy with smoke from distant fires.  The smell was strong and unpleasant.  By afternoon I had a cough and my nose was slammed shut.

If I had paid more attention to my maps I would have seen that the big afternoon climb would not be under cover of trees, instead it was in the hot sun.  I did not take enough water and by the time I arrived at Anderson Lake I was parched.

Earlier there were some folks here but they all moved on to the next lake which is only 2.5 miles further north.  I have this place to myself.  I hiked 22.4 miles but quit early….and enjoyed it!

I did have one good view of Mt Rainier but it was shrouded in smoke.

Added at 11:30pm – my blow up sleeping pad has developed a problem, a huge bulge at one end.  It is worse tonight and I am having trouble sleeping.  Good news is I am awake to hear the elk blowing/whistling.  It is an eerie sound.  Understand now why folks have a hard time describing it. 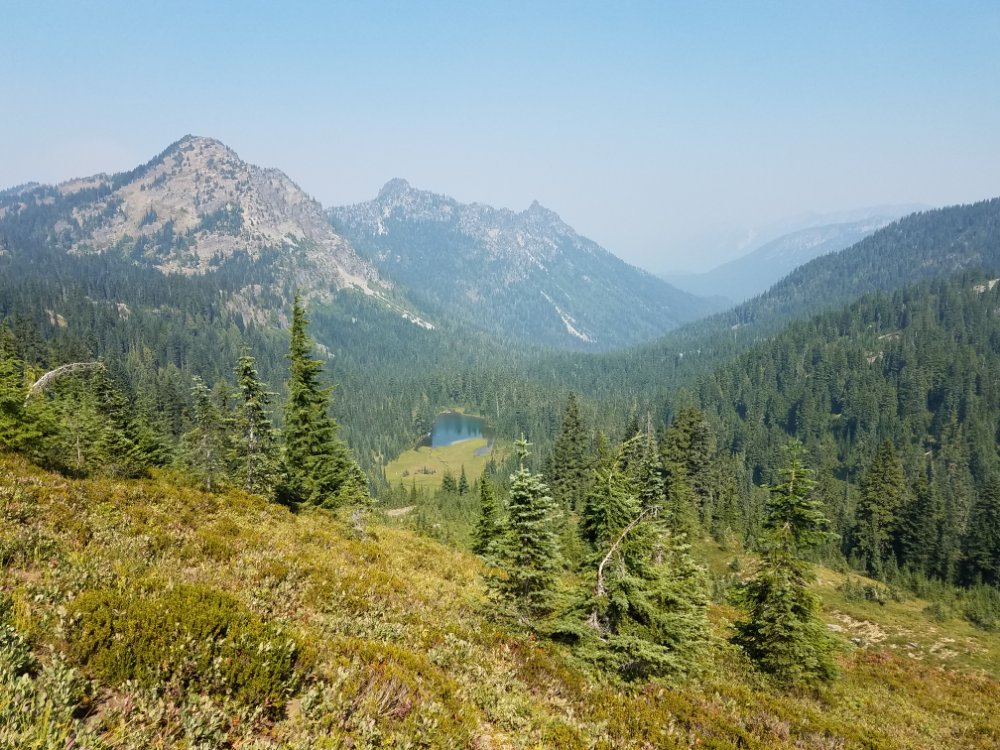 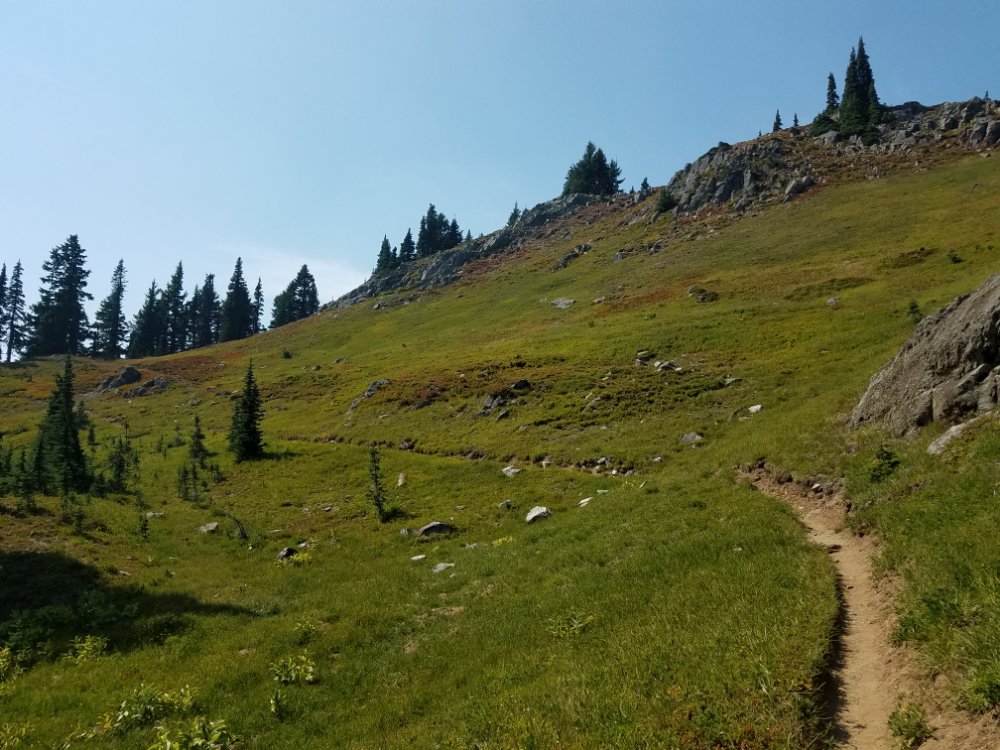