Day 91: Hail On The Mountain

Last evening we took our pizzas to the Forest Service campground just up the road from the “resort”.   A site cost $16 and since we told other hikers about it we ended up with at least a dozen tents set up in our site.

This morning Digs was not feeling well.  We delayed leaving and went back to the store for real coffee.   Finally around 9 we started to walk.  Totes and Bones went at their normal pace but I hung back with Digs who was struggling.  We only planned an 18 mile day.

From Shelter Cove the trail gently went up 1200 feet over 6 miles, passing a string of ponds.  At one point there was a view of a string of 3 ponds and Odell Lake.  I had cell service there and called Gayle.

After that the trail dropped a bit and then there was a 1000 feet climb in the afternoon.  As we were climbing that we started to hear thunder.  We were racing a storm, wanting to get up over this ridge before lightening made it unsafe.  Luckily, Digs was feeling better by this point.
P
We hit the top and started down just as the hail  began.  At times it was large enough to hurt.  We passed a small pond and were amazed at the size of the splashes the hail was making.  Stopping there and camping was an option but we pressed on.

Another 3 miles and we had dropped down to Charlton Lake just as the rain stopped.  Our friends were there along with some other hikers.  We chatted for a bit and then had to race to set up tents as another storm rolled in.

The second storm has passed, I have cooked, eaten and put gear away.  Almost dark, time to sleep. 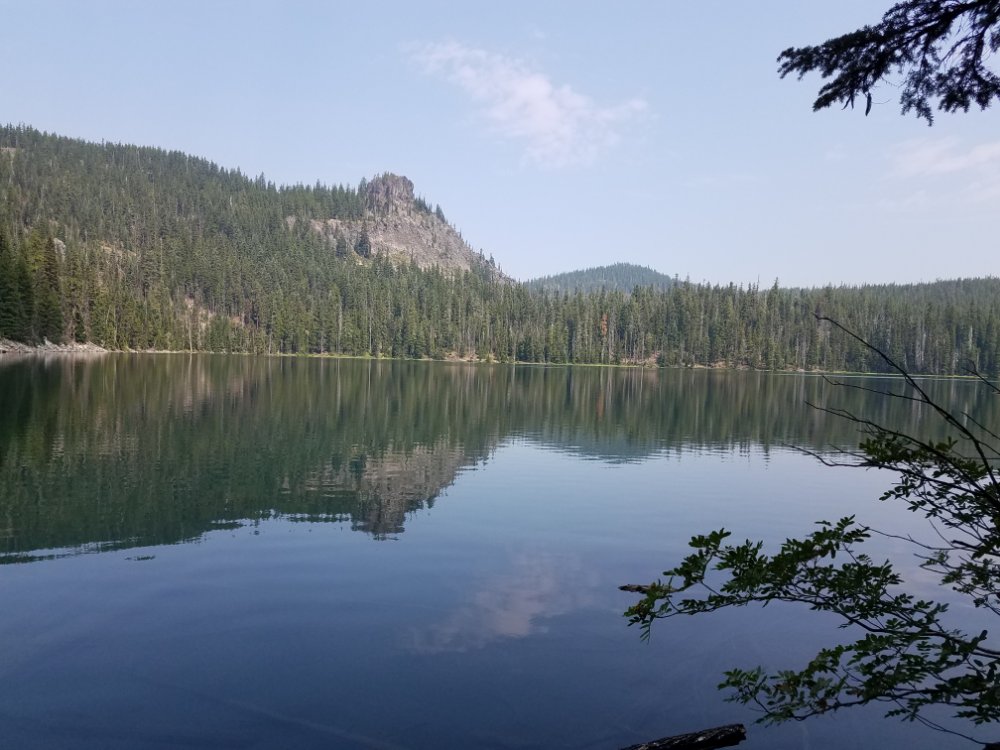