The PCTA has been recommending going from Sisters to Government Camp (Hwy 26) to get around the fires.  That’s where Gayle took me.

For the past 3 days Gayle and I ate, relaxed and explored the area a bit.  We stayed at a B&B just outside Salem.  We also found an REI and I got a few things I needed.  A wonderful 3 days.

This morning we got up early and drove to Government Camp.  We drove up Mount Hood to the Timberline Lodge.  It’s a lodge and ski area built in the 1930’s as a public works project.  They have a buffet there that is famous, at least on the trail.  The trail passes right by the lodge.

We enjoyed a huge meal and then Gayle drove me back down the mountain to the trailhead at Hwy 26.  Of course, I just had to go back up it again.

From up top there were views of Mt  Washington and Jefferson.  Later in the day, from around the northwest side, Mt Saint Helens and Mt Adams were visible.  My St Helens is easy to identify, it is the one missing it’s top since it blew it off.

I am camped near Muddy Fork which is in fact muddy.  There is a small dog visiting my camp that is apparently lost.  I gave it some jerky and could see a tag with it’s name, Baxter, but could not read the owner info.  When I tried to grab it’s collar he fled.  He keeps going up the trail and then back.  I will try again later to get him. 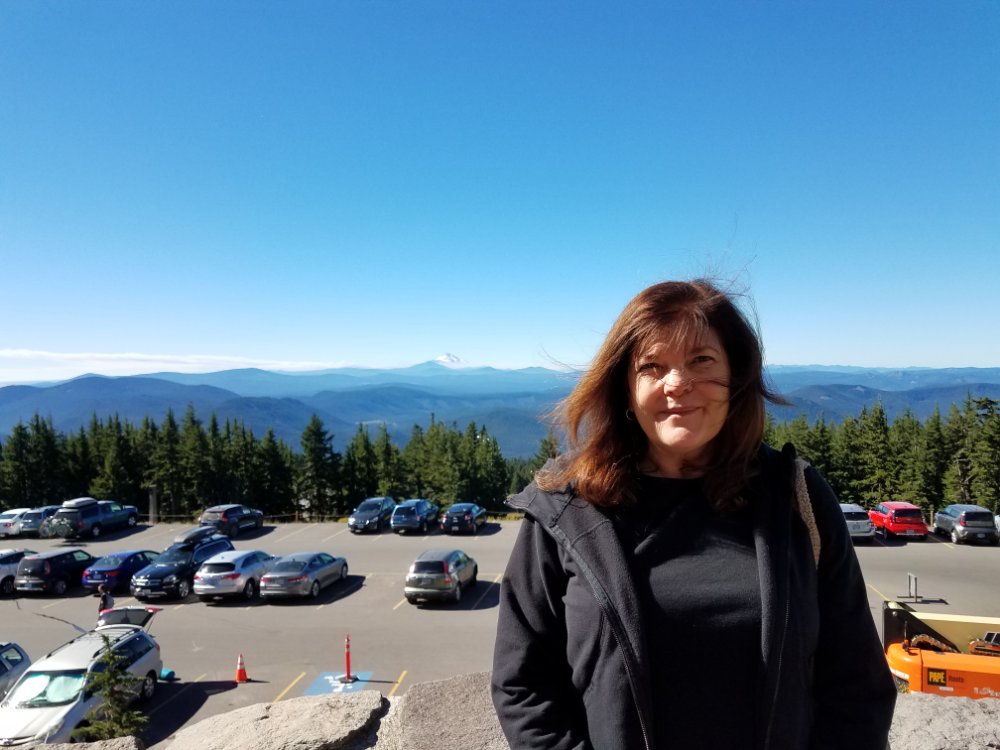 ← Off The Trail To Meet Gayle
Day 97: Marathon For Lunch With Gayle →