It was raining this morning and I refused to get up.  I did a mental inventory of my food and remaining miles to resupply.  A full day in bed.

Eventually the rain slacked off and I got up.  Cold, windy, foggy and wet.  First a several mile descent.  Then a long climb up Glacier Peak.  About three quarters of the way up the fog lifted so I could see the glaciers.

Over the top I took a break and another hiker came along.  He knew me he said.  It was Marcos who I had hiked with during the first week.  He had quit at Julian but apparently after a few days he returned.

We hiked together the rest of the day which from there was a 10 mile descent to the Suiattle River.

Climbing over a large blowdown I was attacked and stung 3 or 5 times on my left leg.  My leg was almost stuck and I could not flee quickly enough.

Marcos told me about Tree.  She and Marcos hiked together for a month and he was regularly frustrated with her.  Sounds like she was a bit flaky.   Eventually she said she wanted to hike alone.  Within days she was dead, drowned in a creek crossing north of Tuolome Meadows.

As I write this I am in my tent.  My wet tent.  In my camp sleeping bag.   At least my sleeping clothes are mostly dry.  Hopefully there will be sun tomorrow so I can dry everything out. 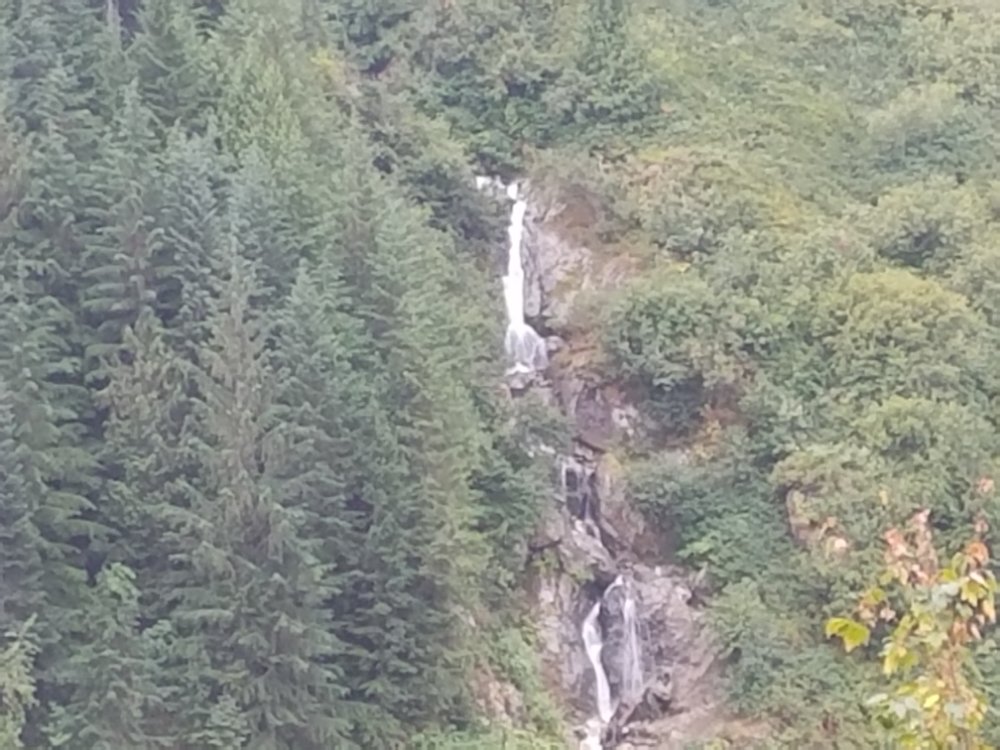