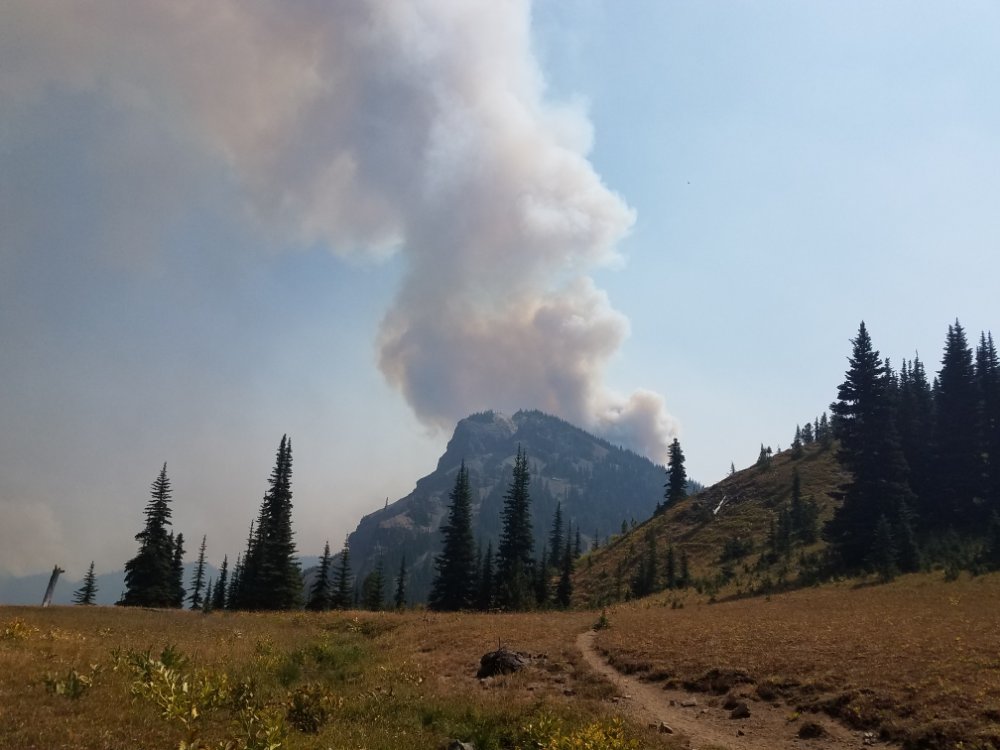 I got an early start and was walking by 6.  That meant packing up in near dark.  I walked 2.5 miles to Dewey Lake for breakfast.  After that was a good climb, most of it exposed.

It was smoky all day but in the early afternoon I could see a fire on the next mountain to the northwest.   For a bit I could see flames.  The trail followed a ridgeline that did a half circle around the fire so that I ended up on to the west of it.  It was pretty close, less than 2 miles I would guess.  I saw a helicopter circle above the fire and not long after two large aircraft flew over and dropped loads of reddish liquid on it.

There were 8 thru-hikers I saw during the course of the day.  Most of these folks I have been seeing for the past couple of days and we have talked.   Two of them took the wrong direction at a fork on the trail.  It was not marked and was an easy mistake.  I followed them.  Down steeply and towards the fire.  We realized our mistake and turned back but had an awesome and scary view of smoke billowing up from the ridge above us.  The bottom of the smoke cloud was reflecting red light from the fire.  Too close for comfort.

Eventually I passed to the north of the fire. The air is pretty bad with smoke but I think I am perhaps 5 miles from the fire.

I am now 51 miles from Snoqualmie Pass.   I hiked 23.4 today and hope to do similar mileage for the next two days.  On Thursday I would only have a few miles to get to the road. 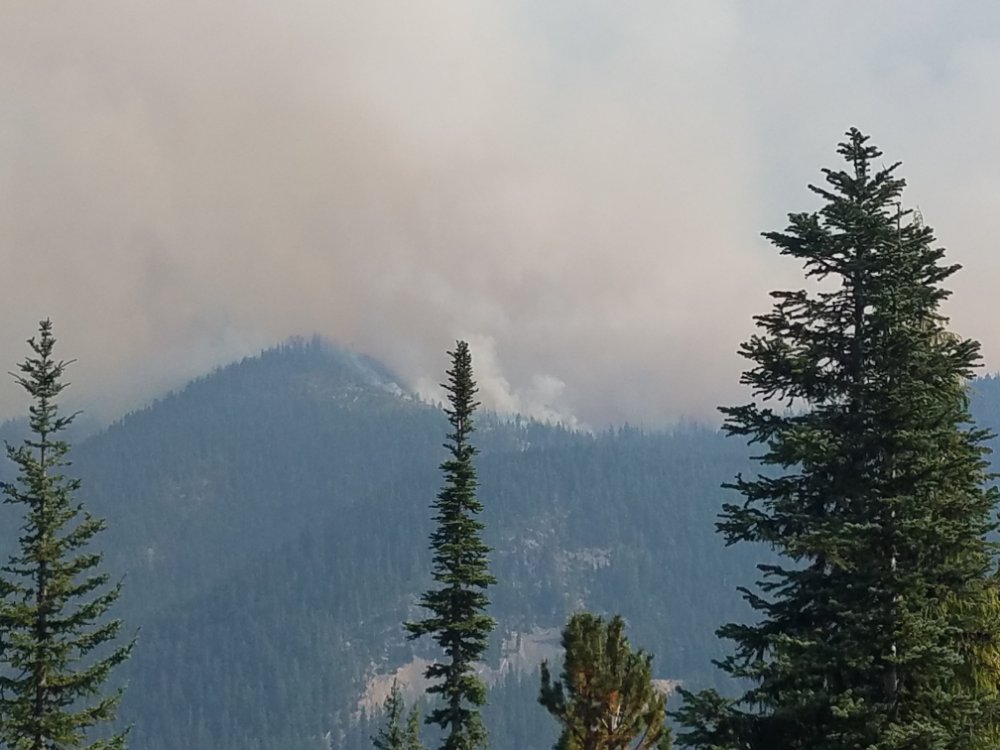 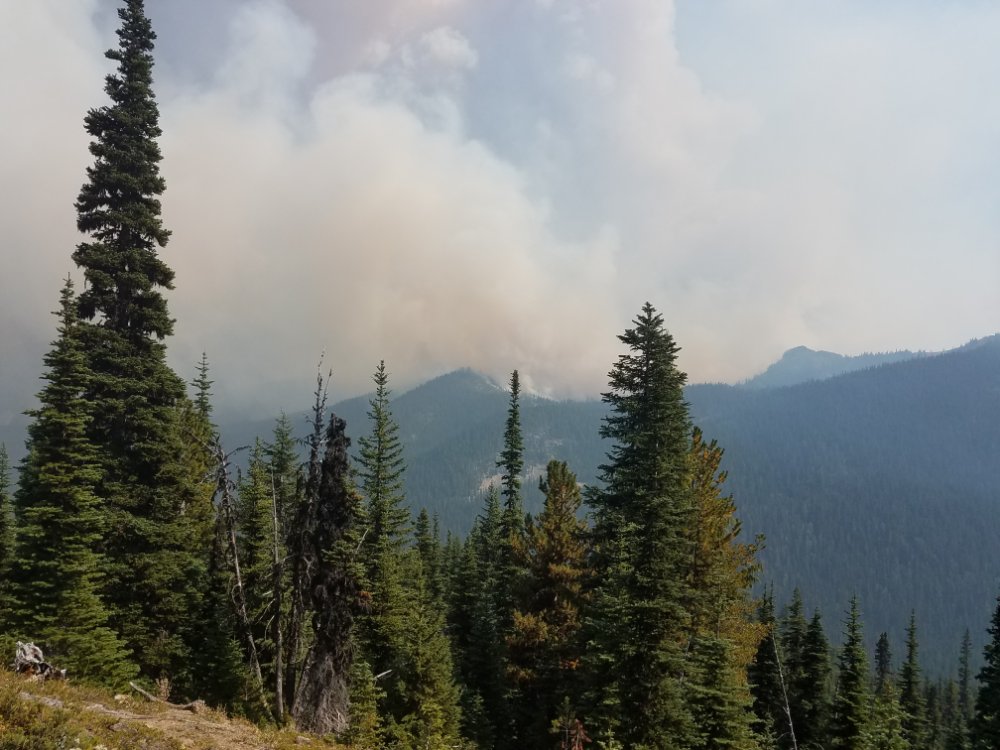