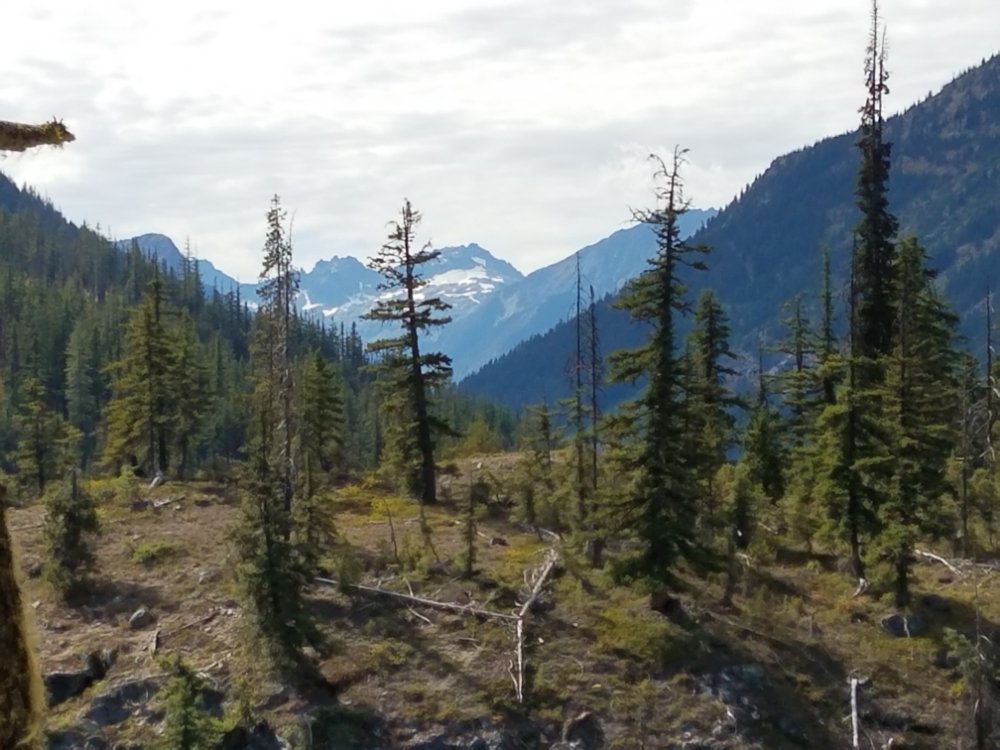 Though the trail was climbing it was mostly gentle.  I encountered a park ranger who reminded me that if I had not made camp site reservations I needed to hike at least 16 miles to get out of the park.

I hiked 17 miles to a creek with good camping nearby.  I had not been drinking enough during the day so I quickly sucked down a liter.  Then I felt sick.  Got my tent set up and lay down.  It was only 5 but I was done for the day.

Left and Right arrived an hour later and are camped here also.