Wimpification of the Appalachian Trail 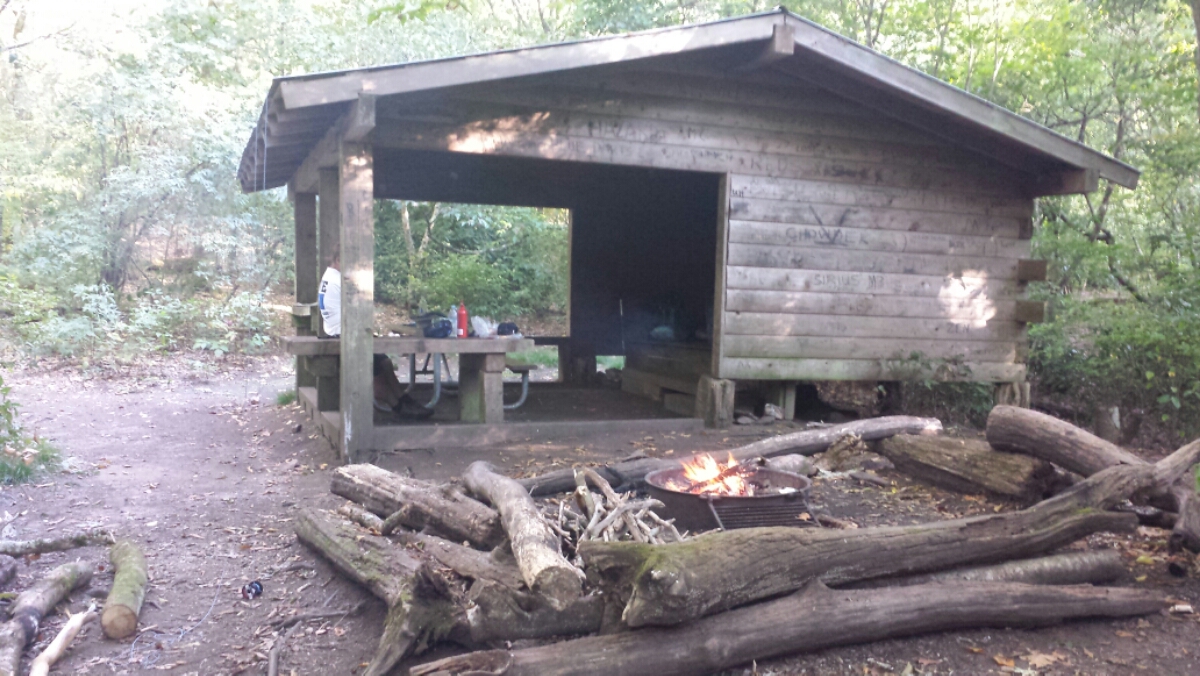 During my recent hike on the Appalachian Trail I thought a good bit about how it has changed since I thru-hiked it in 1979.   Some of these changes are for the better, some for the worse.  On this recent trip I only hiked the southern 500 miles of the trail so my observations are based on that stretch. 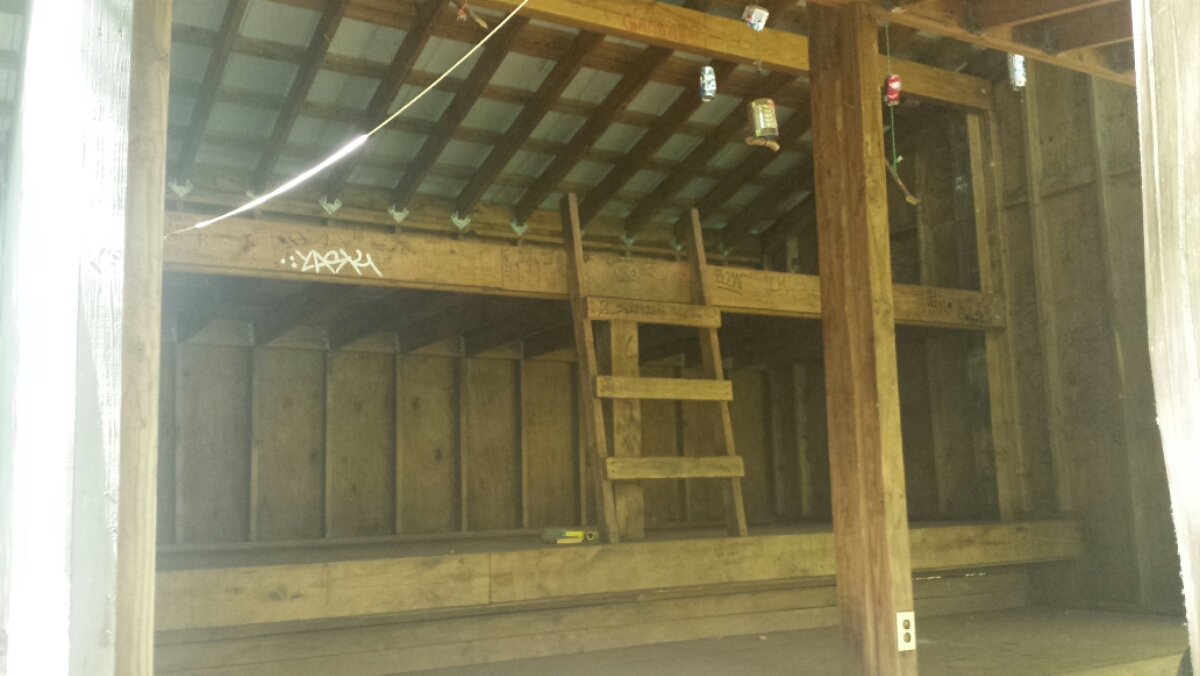 Obviously the biggest change is simply the huge increase in the number of people on the trail.  It’s a dramatic change.   If you want solitude, don’t go to the A.T.    The shelters, particularly near the southern start of the trail, have been enlarged to accommodate the crowds.  I was here during the off season and there were crowds at times.  I can only imagine what it must be like when the bubble of northbound hikers passes through in the spring.

The Nantahala style shelters, such as pictured above, provide a big covered space  for cooking and eating, in addition to the sleeping platform.   That’s a good change.  That allows the crowds to camp nearby and still gather in the shelter to cook and eat.   Many of the shelters now have two sleeping levels.  And no, there isn’t  electricity, the receptacle in the picture is a joke.   The cans  you see hanging are on lines for hanging up packs and are intended to make it harder for the mice to get into your pack.  They often don’t work. 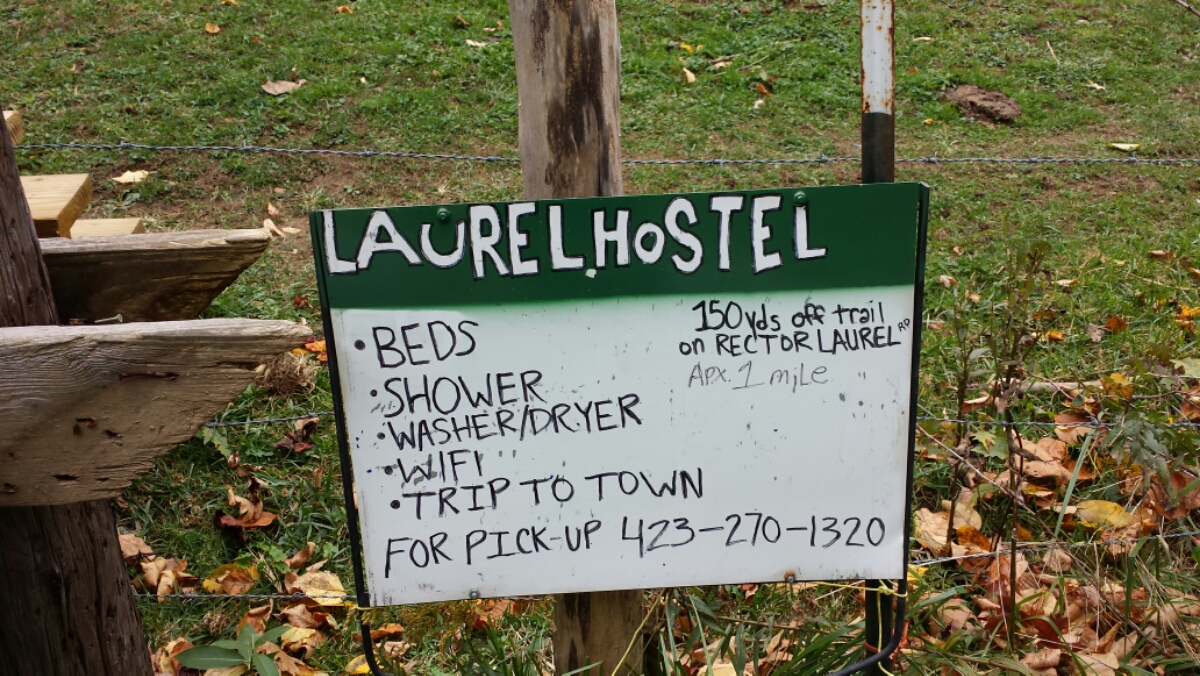 I tried not to sound like “when I was a kid I had to walk 12 miles to school in bare feet”. I failed. The increased number of hikers has increased the number of businesses near the trail catering to hikers. In 79 there were perhaps 10 stops on the entire trail where there was a hostel and you could get a shower and do laundry. Other stops you had to walk or hitch-hike some distance to get to supplies. Food stops were generally a week or so apart. Now hostels have proliferated. In many areas it’s now possible to hit a hostel every couple of days. Most of these hostels also offer shuttle service, call and they will pick you up. Even the “100 mile wilderness” has been violated. That’s the stretch from Mt. Kahtahdin to Monson in Maine, 100 miles with no road. Except there was a private logging road nearby and some entrepreneur is now offering resupply drops in the middle of this wilderness stretch. I talked to a southbound thru-hiker who not only had supplies delivered there, he got 3 large pizzas and a box of wine delivered and had a party. Yep, pizza delivery in the wilderness.

Many “thru-hikers” are now doing the trail without ever carrying more than 3 days supplies. There are some who do the majority of it without even camping. They stay at a hostel and the hostel drops them off at a road crossing in the morning and picks them up that same evening. When they have done all the sections that hostel covers they move on to the next hostel.  They call it slackpacking.   Yeah, to each his own you say.  But with ever growing crowds on the trail a wilderness experience is no longer possible and I mourn the loss of that.

Some of the hostels are now using illegal advertising on the trail. I saw at least a dozen signs for hostels on trees along the trail. I destroyed them all but they are probably back up by now.

More people on the trail generated more businesses catering to hikers. The increase in those businesses makes it easier to do the trail which brings in even more people.  Even more people….well, you see the terrible circle.   I can hardly wait for drone-delivered supplies to become the norm so folks don’t have to carry any food. 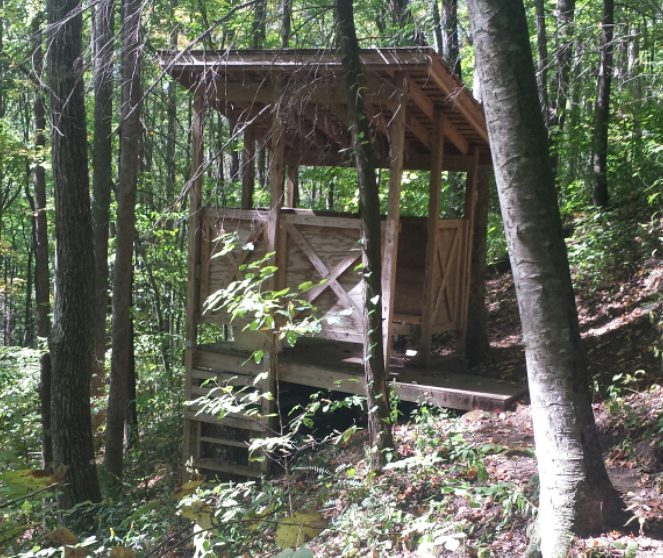 Way back when, the composting privies were just awful.   There was either a tank or just a big hole in the ground that contained the poop and pee.   I could not use them because just opening the door to them would make me puke.  You could smell them from a great distance away.

Now most of the privies are the “moldering privy” type, as pictured to the right.  Often built on a hill, you are asked not to pee in them, only poop.  They are raised off the ground and the poop simply falls in a pile on the ground.   Then you toss several handfuls of duff,  leaves and normal forest litter, on top.  By being elevated and open the air circulates and encourages the growth of organisms that do the work of decomposition. Moldering is a slow, relatively cool, continuous composting in which native-soil micro-organisms decompose waste in the presence of oxygen.

The structures are covered but not fully enclosed which also helps to keep them from stinking.  Huge improvement, these did not make me puke and are nicer than simply doing it in the woods.

With the vast increase in humans on the trail I expected to see even more trash than there was in 79.   Not so.   I think the trail is actually cleaner than it was.  The “pack it in, pack it out” and the newer “leave no trace” educational programs coupled with hiking clubs doing cleanup has had a  huge positive impact.   However, folks have still not learned how to properly dig a cat hole and bury their poop and paper.   Too often they barely cover it and the next rain leaves toilet paper on the surface.  Really not pleasant.