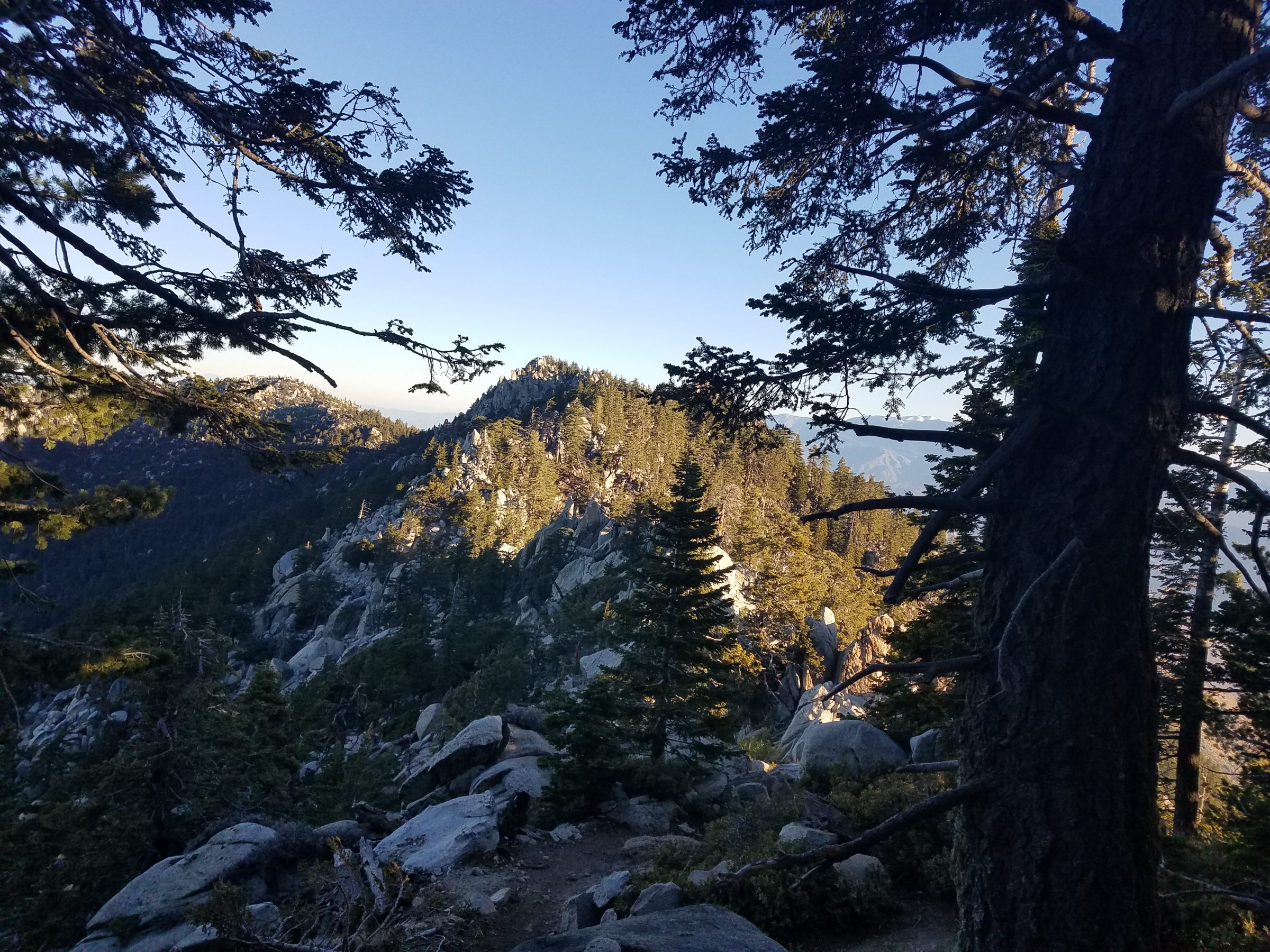 Slept like a baby last night at an elevation of 8,600 feet.  Chilly like I like it.  In the morning I was ready to tackle Fuller Ridge.  This stretch has been much discussed among hikers.  Earlier this year a hiker fell to his death and several others were injured and needed to be rescued.  But that was with much worse snow conditions.  Still, after my fall at the stream I was nervous.

The first half mile there was no snow at all and I was elated.  Then the trail dropped to the north side and snow began.  I stopped, put on my microspikes and was amazed how they helped.  These for on over boots and have 1/4 inch metal spikes for traction.  I used them for a two mile stretch that would have been difficult for me without them.  With them you just stick on the ice.

Then the trail drops.  All day.  From 8,600 ft down to 1,100 feet.  The pine trees were replaced with desert scrub and the sun was out in force.   No water for 18 miles.  After that water I continued to head towards the crossing of Interstate 10.

3 miles before that I came upon a truck camped in the middle of nowhere.  One Speed and Just Paul are a couple who hiked the trail several years ago and came out to surprise hikers with cold drinks.  I had the best orange crush ever.

As dusk approached I arrived at the bridge where the trail goes under I10.  There were coolers under there with water and soda.  As I was checking it out a man appeared out of nowhere.  He helps stock goodies there and also shuttles hikers to a home nearby that welcomes hikers.

So, I was not planning on it, but had hiked 22 miles and was dead tired, I am currently sitting in Hillbillies living room with 8 other hikers.  He made cheeseburgers for all and I showered.  At 6:30 in the morning he will drive us back to the trail. 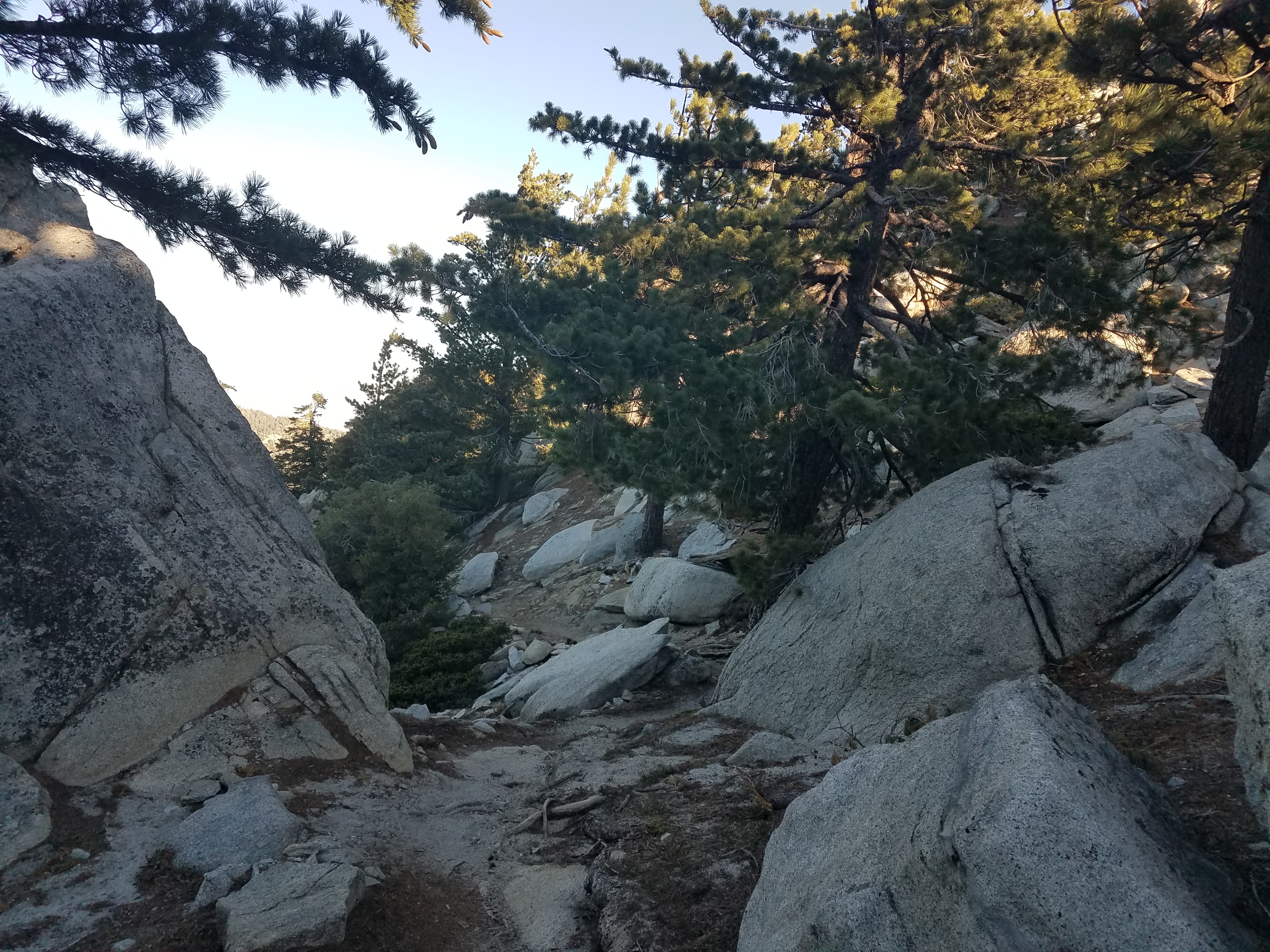 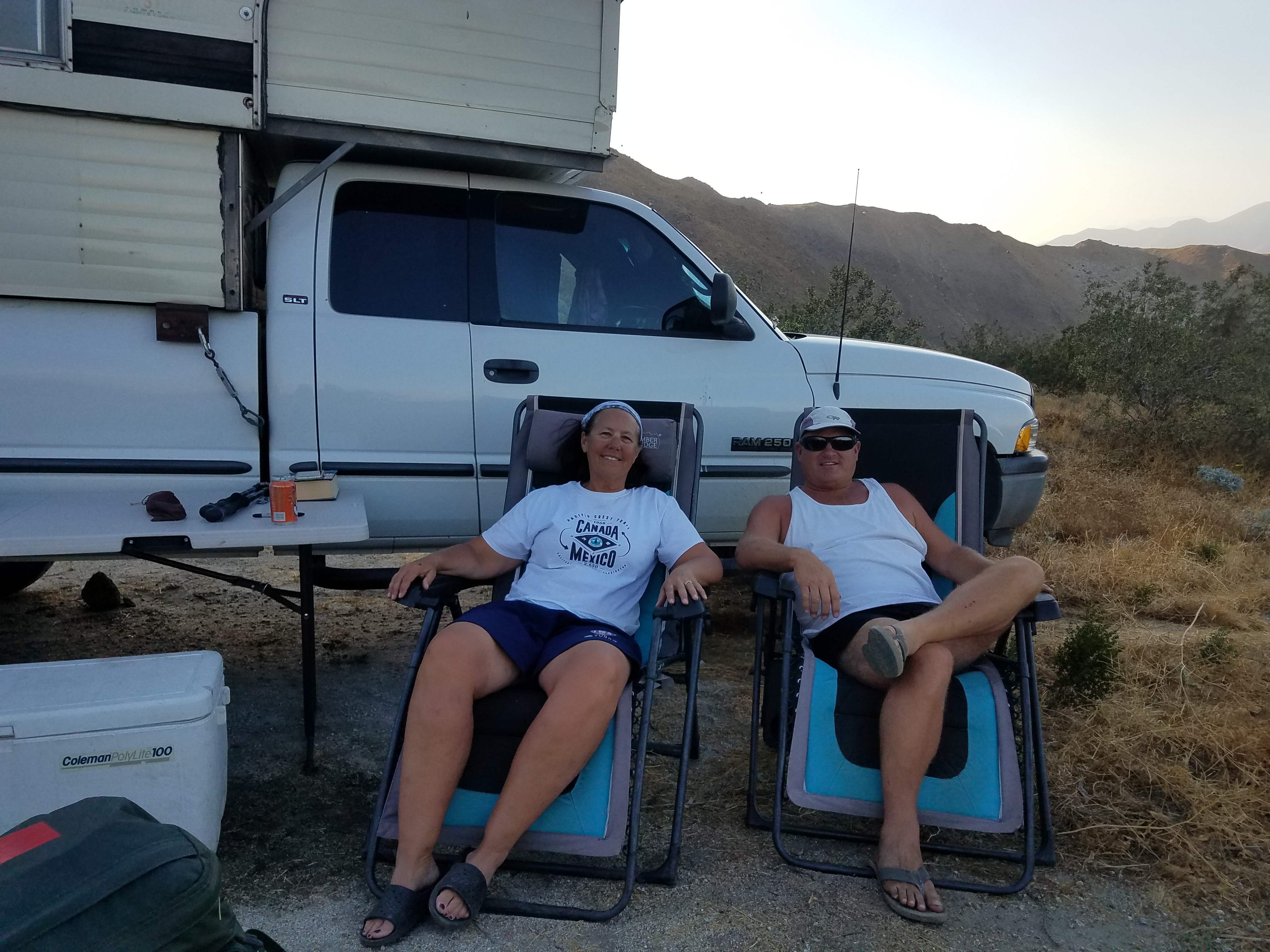 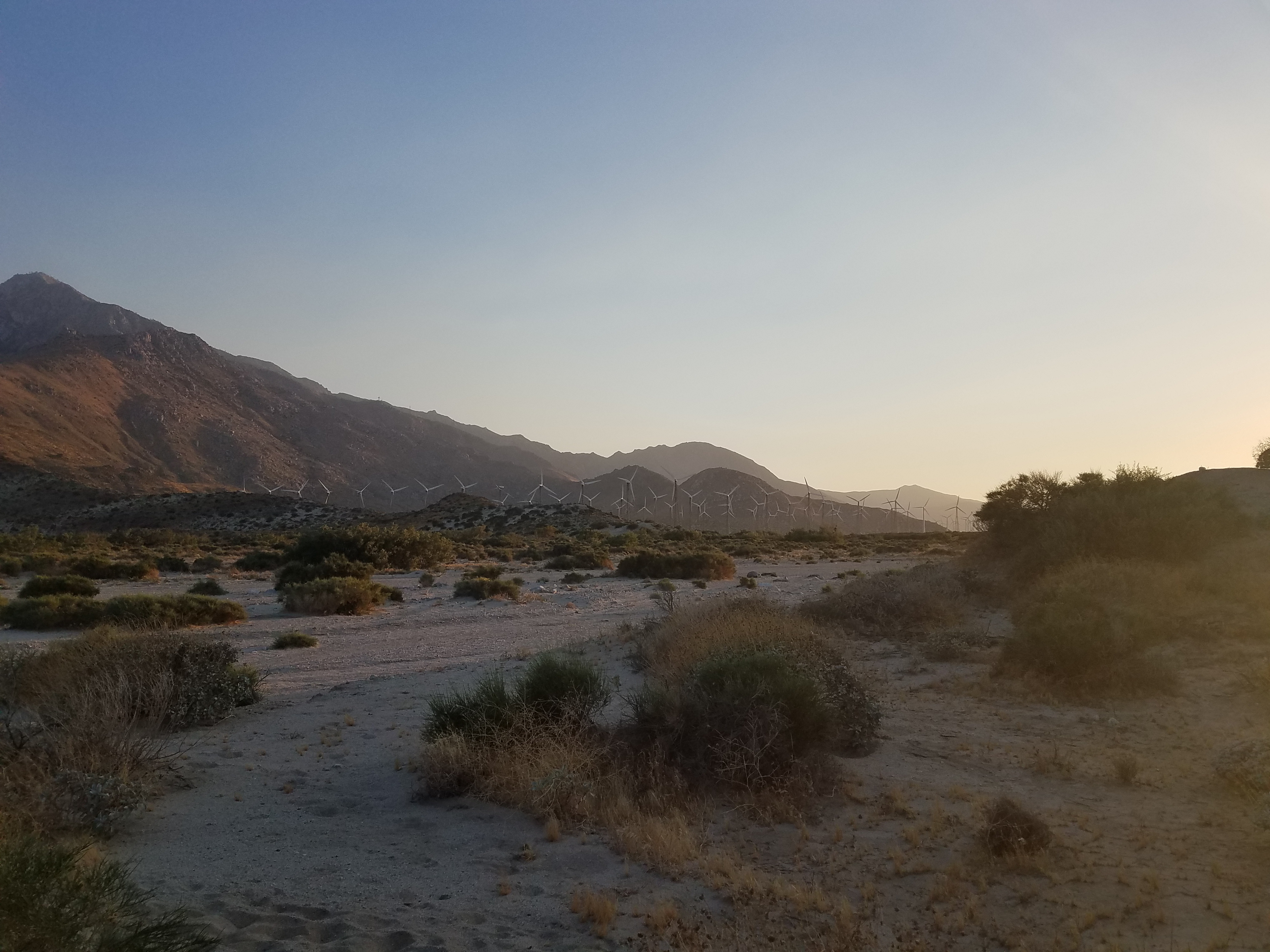