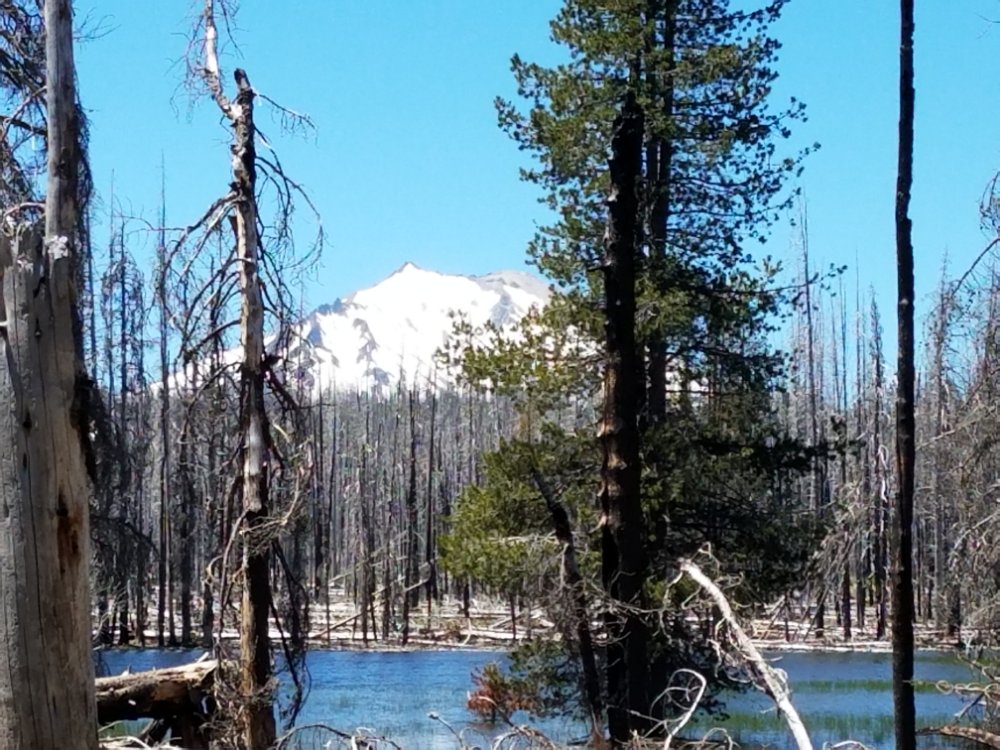 Today was an easy 19.3 miles with very little elevation change.  Started walking at 7 and had perhaps a 1000 foot climb to start and that was the biggest of the day.  There was perhaps 10 miles through a burned area that varied from no standing trees to dead standing trees.  Sun.  Hot.  But the volcano was visible through the dead trees so that was cool.

Other than that it was lovely.  Passed several pristine lakes.   At one lake where I had lunch a couple of rangers came by and asked if I had seen the bear.  Apparently a moma bear with 2 cubs had taken a hikers pack at this spot yesterday.  They pointed out the bear prints nearby.  No, I did not see the bear.

I arrived where I camped beside a roaring Hat Creek by 4.  I took a peppermint soap bandanna bath, washed my hair and my shirt.  It was really nice to be in camp so early.

Randy went on the 4 miles to town.  I did not see reason to do that since the post office won’t open until 11 tomorrow.  He was driven by the thought of cold beer.  There is an rv park you can stay but it is 4 miles north of the po.    I would rather camp here.

I am joined here by Switchback, the German gal, and Half Squat.  He’s a northbounder perhaps my age or a few years older.  Nice guy.  He is as determined to avoid snow as I am. 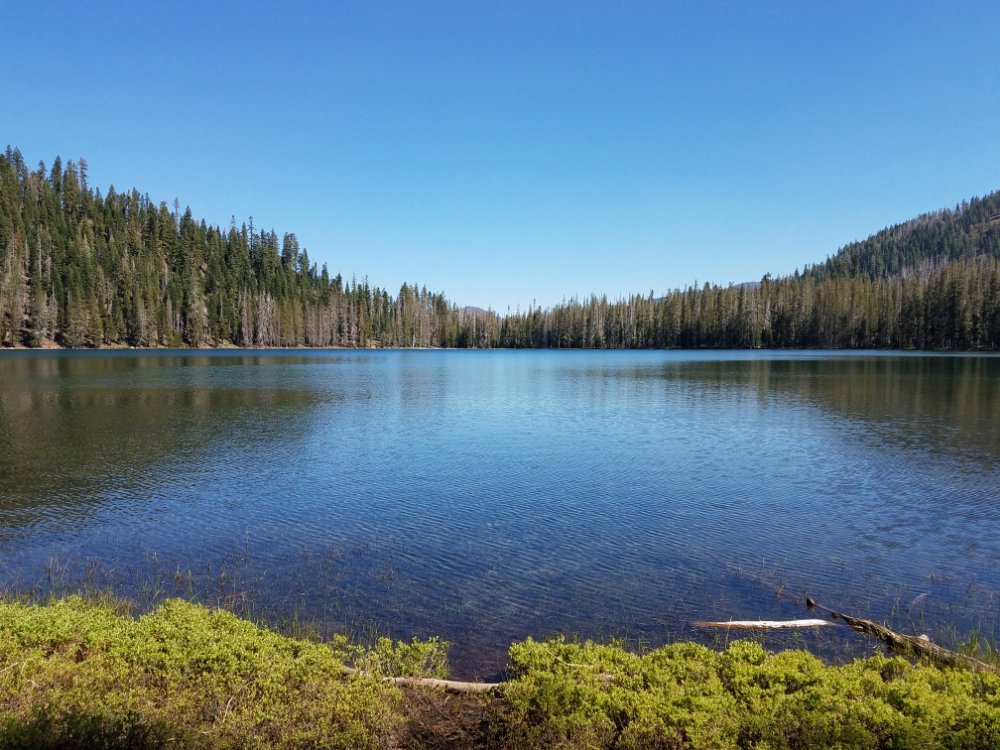 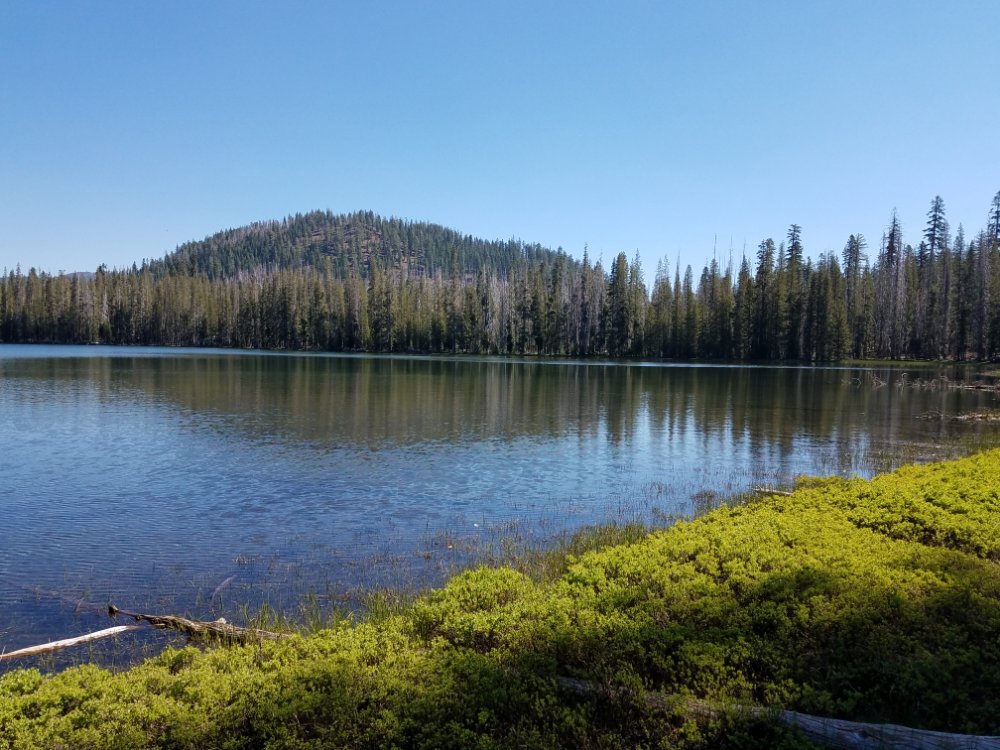 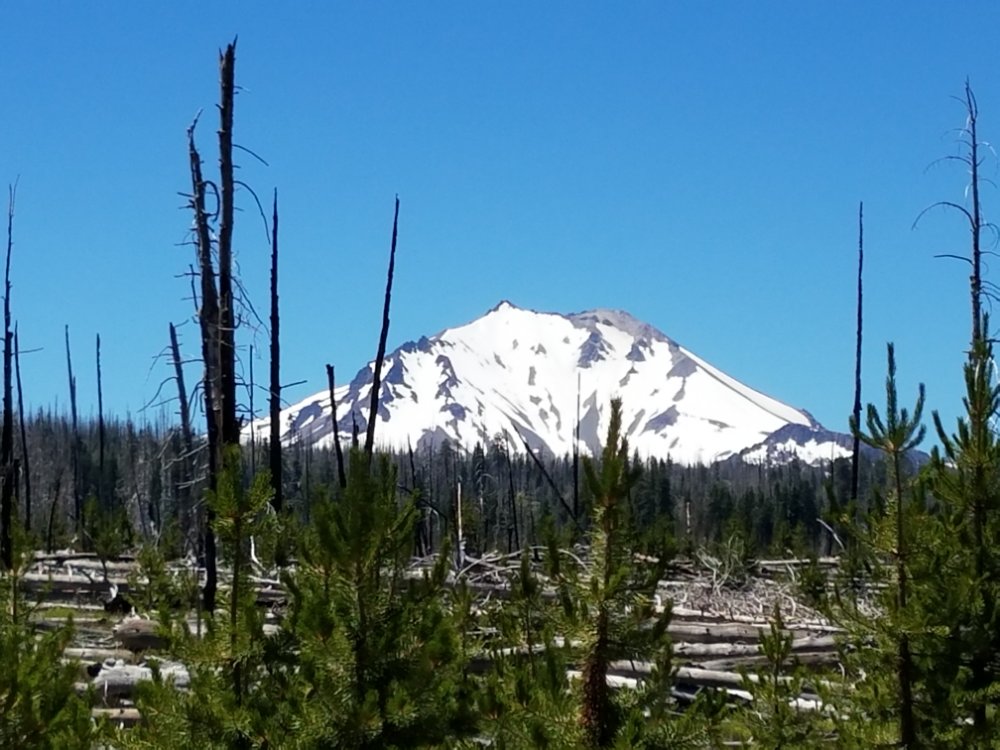